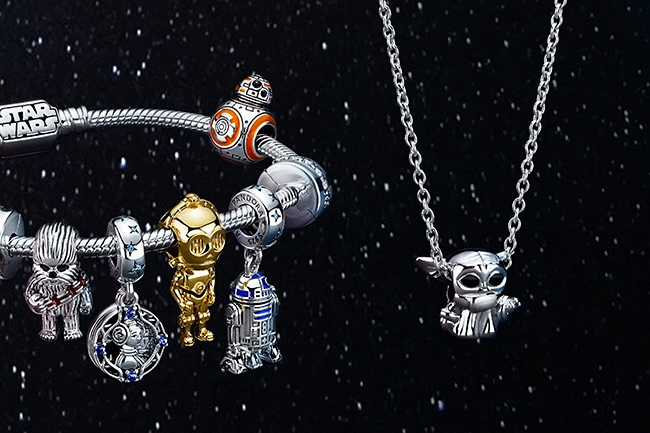 Pandora Jewelry has recorded positive sales trends for the July-September period, including in Australia, as it prepares to close 18 per cent of its global store count due to European lockdowns.

Despite the  repercussions of the COVID-19 pandemic, the Danish jewellery company reported revenue of DKK4.07 billion ($AU887.9 million) for the quarter compared with DKK2.88 billion ($AU628.3 million) in the previous quarter.

Notably, revenue was 8 per cent below the figure for Q3 of 2019, despite continued disruption.

Six of Pandora’s seven key markets showed increased revenue compared with the same period in 2019 as well as the previous quarter, with only Mainland China showing a decline in revenue and same-store sales.

The positive results included Australia, despite being hampered by the Melbourne lockdown. Revenue increased to DKK225 million ($AU49 million), compared with DKK167 million ($AU36.4 million) in the previous quarter and DKK195 million ($AU42.5 million) in Q3 of last year.

Same-store sales also increased by 22 per cent compared with the same period in 2019.

David Allen, managing director of Pandora’s Pacific division – which includes Australia, New Zealand and Fiji – told Jeweller, “It was certainly difficult for us to see our partners and team members return to lockdown in Melbourne and for such a protracted period, although of course we supported the rationale and instruction of health officials in making that decision.

One of Pandora’s most high-profile stores, its Pitt Street Mall flagship in Sydney, was permanently closed during the period.

“A combination of factors contributed to a material shift in recent results, and it is very encouraging to see realisation of the passion and commitment that each and every member of our team and our partners has put into the business this year,” Allen said, singling out a “renewed focus” on Pandora’s core products of charms and bracelets.

He added, “We have identified two key concepts that now largely inform our commercial approach and our trading line-up, these being collectability and affordability. We view everyone as a potential Pandora consumer and we are staying close to the proposition that self-expression and a personal connection to precious moments and memories should be accessible to all.”

Allen also pointed to an increased investment in marketing, explaining, “We maintained frequency in our media presence, particularly TV spots across June and throughout the course of Q3, meaning that we have continued to engage consumers in conversation with our brand.”

He added that the company’s management had made communication with its retail network a priority, emphasising the importance of regular updates, virtual events, and fostering a spirit of “collective energy”.

The US and UK – Pandora’s largest markets – performed best over the quarter.

Alexander Lacik, CEO Pandora, said, “Pandora continues to adapt to the challenges posed by the COVID-19 pandemic and our priority remains the safety and well-being of our employees and consumers.

“Pandora has shown resilience and agility during the pandemic and the double-digit growth in the US and the UK in Q3 signals that we are turning the business around.”

While the positive results were largely attributed to e-commerce, the report noted that in the US “traffic into Pandora stores was clearly outperforming general mall and jewellery industry traffic driven by successful efforts in the re-opening phase.”

» Feature Analysis: Pandora during the pandemic

However, the report confirmed that Pandora would undergo another international redesign of its stores, citing sales results which fell short of expectations. Stores were updated and re-branded just one year ago following Pandora’s much-publicised ‘brand re-launch’.

With a second COVID-19 wave now sweeping Europe, the company is facing renewed lockdowns in the UK, France and Belgium which will lead to the closure of almost one-fifth of its total store network.

In the face of the heightened uncertainty, Lacik offered reassurance, stating that the company has “the financial strength to sustain a prolonged period with lockdowns”.

More reading
Pandora through the pandemic: a turnaround in the making?
Pandora on a high after years in the doldrums
Pandora releases Star Wars collection