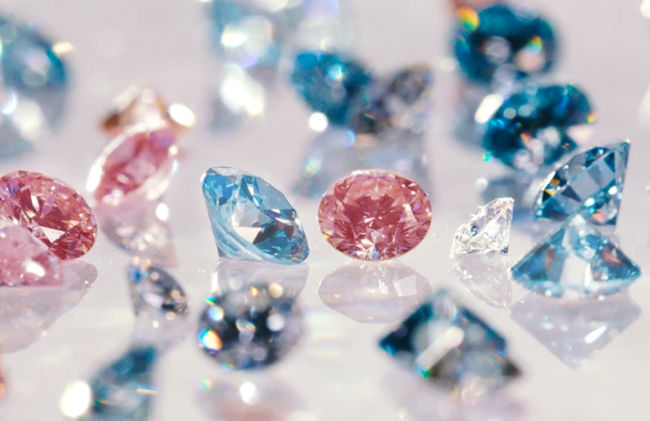 A new report from US-based jewellery industry marketing firm The MVEye – formerly known as MVI Marketing – has found that the man-made stones have reached a new threshold of awareness and ownership among consumers.

In Gaining Critical Mass: 2020 Lab Grown Diamond Consumer & Trade Research Report, The MVEye revealed the results of its September 2020 survey of more than 1,000 US consumers aged 23-55 who had purchased diamond jewellery in the past three years.

The report – which was sponsored by the International Grown Diamond Association and US jewellery trade publication InStore Magazine – found that 80 per cent knew about lab-grown diamonds, compared with less than 10 per cent in 2012 and an increase of 22 per cent in two years.

Consumers were most drawn to the “size-to-value equation”, with environmental impacts a secondary factor.

The MVEye report estimated that lab-grown diamonds were sold by 38 per cent of independent jewellery retailers in the US. Companies including Signet Jewelers – which owns the Zales, Jared, James Allen, and Kay Jewelers chains – have also begun offering lab-grown diamonds within the past 12 months.

Marty Hurwitz, CEO The MVEye, said, “Lab-grown diamond is a high-margin category that consumers are reacting to positively. Now that Signet is in it, every jewellery chain will have to take a hard look at this category or lose out on it.”

As part of the report, The MVEye surveyed 154 retailers, of which approximately two-thirds sold lab-grown diamonds.

Approximately half of these retailers said that lab-grown diamonds “absolutely” detract from their natural diamond sales.

A similar proportion of retailers who stocked only natural stones indicated they were happy with their current diamond business, with one third saying “nothing could change their mind” about stocking lab-grown diamonds.

Hurwitz said, “Consumers already accept lab-grown diamonds in all channels. The roadblock to the success of this category has never been the consumer, it has been the trade.”

He added, “It doesn’t matter what consumers have assigned that emotion [of love] to, jewellers have to make a profit on it – that’s the goal. Hanging on to just one product that sells love may not be a good idea.”

The MVEye report also explored the increase in consumer awareness for branded lab-grown diamonds, finding that Brilliant Earth and DIAMA By Swarovski enjoyed the most recognition, at 35 per cent and 34 per cent respectively.

In late October, Lightbox officially opened an extensive new factory in the US state of Oregon, which is forecast to reach its full production capacity of 200,000 polished carats per year in early 2021.

It has also begun selling its 14-carat gold range through international e-commerce jewellery retailer Blue Nile. It marks the first time Lightbox jewellery has been sold outside the US and Canada.