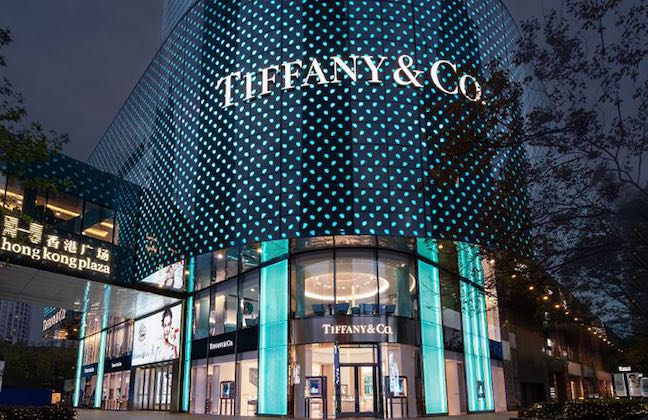 Despite the COVID-19 pandemic, Tiffany & Co.’s worldwide sales totalled $US 1 billion in the third quarter of 2020, down only 1 per cent from 2019, driven by the Chinese market and e-commerce.

Alessandro Bogliolo, CEO Tiffany & Co., said the results reflected “the enduring strength of the Tiffany brand” and gave the company “confidence” ahead of the holiday season.

“Further to continued management focus and investment in that important market, sales in Mainland China continued to grow dramatically in the third quarter, increasing by over 70 per cent, with comparable sales nearly doubling in that period as compared to the prior year,” Bogliolo added.

Korea also recorded strong results, but mixed performance across the rest of Asia-Pacific nations (excluding Japan) dragged down the region as a whole.

In Europe, total sales declined 6 per cent in the third quarter and 24 per cent in the year-to-date. COVID-19, and the subsequent fall in tourist numbers, was cited as the cause of the low figures. Indeed, the UK and France announced a fresh round of national lockdowns during the three-month reporting period.

A highlight was e-commerce sales, which increased 92 per cent when compared with 2019. The company reported that 12 per cent of all sales in 2020 were digital transactions, as opposed to 6 per cent in each of the last three years.

During the period, Tiffany & Co. opened two stores and closed eight, bringing its total number of company-operated stores to 320 as of 31 October 2020.

The financial results are likely to be Tiffany & Co’s last as an independent company. On December 30, the company’s shareholders will vote on a renewed acquisition agreement with Moët Hennessy Louis Vuitton SE (LVMH).

After being initially agreed upon in November last year, LVMH withdrew from the deal in September while criticising Tiffany & Co’s decisions during the COVID-19 pandemic, triggering a legal dispute.

In October, both companies dropped the court case in favour of a new deal with a reduced purchase price.

If accepted, LVMH will pay $US131.50 per share, down from the original $US135 per share, to acquire Tiffany and add the company to its 75-strong portfolio of brands that also includes Bulgari, Dior, Hublot and TAG Heuer.

Drink: A Cultural History of Alcohol