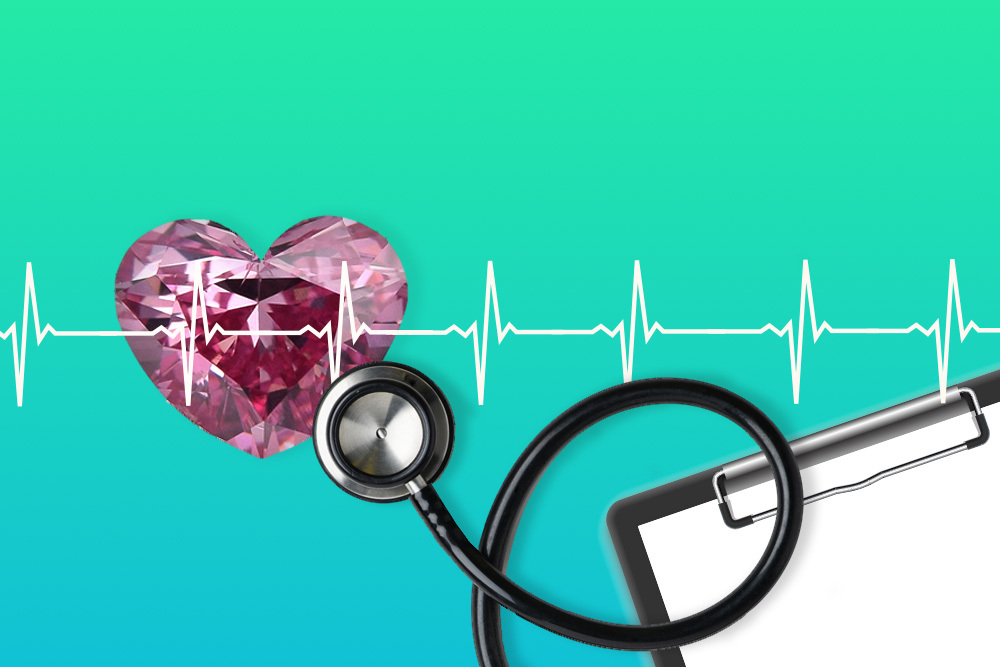 What happens when the Australian jewellery industry undergoes an intense medical examination? ANGELA HAN checks the vitals and shares her  ndings.

Every word that could describe the global pandemic has already been written.

The events of 2020 will be recorded in history’s pages as a central turning point in the way we view the world and the things that we value.

Undoubtedly, it’s been an extraordinary year, one that deserves introspection and analysis as it draws to an end.

If you wanted to know what the Australian jewellery industry looks like today in the midst of an economic crisis, then you’re in luck.

By sheer coincidence, this month is the 10-year anniversary of our 2010 State of the Industry Report (SOTIR). In a way, this 2020 update happens to be our contribution to the pages of history.

A decade ago Jeweller researched and compiled the first-ever comprehensive analysis of the Australian jewellery industry; we analysed the core segments of the trade from fashion and fine jewellery stores to chain and brand-only and flagship stores.

It was an exhaustive investigation into the status and health of the trade, which revealed some very interesting insights.

Much like a medical examination, data was meticulously recorded and every aspect of the industry was analysed in-depth.

Indeed, some of the findings of the 2010 report flew in the face of what was considered conventional wisdom or common knowledge about Australia’s retail jewellery market.

In other words, a lot of what was believed was wrong or, at least, not supported by the research. Debunking ‘conventional wisdom’ is part of the media’s role.

While our 2020 State of the Industry Report reviews many aspects of the market, at the beginning of this year it was our intention to include an analysis of the most important industry category – independent jewellery stores.

However, the COVID pandemic not only dramatically affected our ability to undertake the research but, more importantly, the resulting economic crisis could, and has, had a major impact on jewellery stores to the extent that some have closed.

For that reason, we decided to research and quantify the number of independent jewellers after the 2020 Christmas trading period to better compare the results.

As you will discover, our 2020 SOTIR reveals that fine jewellery chains have remained resilient over the ensuing 10 years.

In 2010 we reported on the rise of fashion jewellery chains, however, a decade later they are all but gone.

In fact, of the seven fashion chains that existed in 2010, we discover today that six have collapsed and/or closed their doors!

While the past decade has resulted in the demise of fashion jewellery chains, back in 2010, we identified 128 brand-only and flagship stores, however today there are 220 – a 72 per cent increase in presence.

What we found surprising is the number of high-end ‘prestige’ brands that have expanded into Australia courtesy of international luxury good conglomerates.

The Australian jewellery industry in 2010 was beginning to recover from the global financial crisis (GFC), which hit the world from 2007-2009.

Interestingly, CommSec’s 2010 Economic Insights report announced that the sales of jewellery, watches, and clocks rose 10.3 per cent, while spending across other industries decreased during the same period.

Even spending on essential goods and services was down against jewellery!

A decade later in the midst of a global pandemic, LVMH stock prices have reached its highest trade ever at 496.90 EUR since it first listed on the stock exchange in 1990, while Pandora and Tiffany stock prices also continue to soar.

Hong Kong retailer Chow Tai Fook is trading better than this time last year
and both Michael Hill International and the US chain, Signet Jewelers, are steadily recovering since the huge sell off in the depths of the crisis.

On home soil, jewellery management consultancy firm Retail Edge released positive reports of increased sales across its 450 customers in Australia and NZ. Reports released since June indicate that sales have been bouyant despite the pandemic.

Indeed, there was a 23 per cent increase in September sales compared to last year, despite Victoria remaining in Stage 4 lockdown. October’s report indicates that sales were also up 20 per cent, revealing a positive growth trend which is predicted to continue through the holiday trading.

In amidst the chaos, a pattern appears to be emerging.

Like discovering a speck of gold at the bottom of a murky pan, turbulent times appear to be an opportunity for jewellers who confront challenges with open eyes and a positive attitude.

What is fast is fleeting, but what is meaningful can last forever.

Humans will always yearn to be surrounded by things that are expressive, beautiful and unchanging, a sentiment that appears to be magnified during times of uncertainty.

Be it through an economic crisis or through a pandemic, people don’t stop creating memories, celebrating milestones and falling in love.

A glance back at the past decade has revealed this insight: consumers have chosen jewellery, through times both thick and thin. As long as there is a deep human experience to celebrate, there will always be a purpose for jewellers.

To ensure you remain up to date with these insights and research reports, subscribe to our eNewseletter and connect with us to keep track of vitals and listen to the heartbeat of the industry.