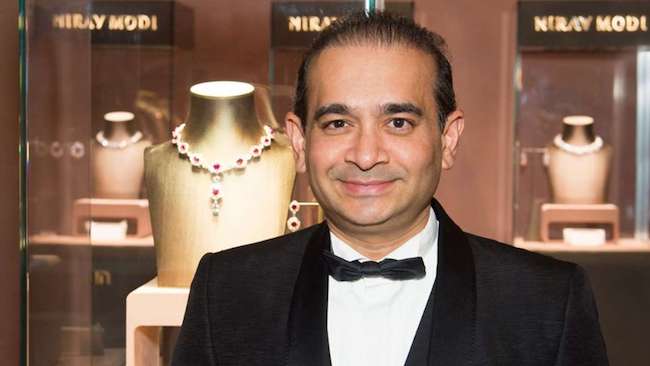 The diamond dealer at the centre of the INR2.8 billion ($AU51 million) Punjab National Bank (PNB) fraud has been scheduled to face his final extradition hearing in January.

Modi has been in custody in the UK since March 2019. His defence team argued that witness testimony submitted by Indian authorities was not enough to establish a case of fraud and money laundering.

They also argued that a precedent set by the extradition of businessman Vijay Mallya should not apply.

UK-based multimillionaire Mallya is accused of defrauding Indian banks and money-laundering £977 million ($AU1.8 billion) in relation to the collapse of Kingfisher Airlines. He lost an appeal against his extradition back to India earlier this year.

The Crown Prosecution Service described the argument that Modi’s case is substantially different to Mallya’s as “nonsense.”

District Judge Samuel Goozee agreed, ruling there was “nothing unique” about the Modi case, and that the Mallya precedent should apply.

He is accused of committing large-scale fraud through acquisition loan agreements from PNB, and subsequent laundering of cash through his businesses Diamonds R Us, Solar Exports and Stellar Diamonds.

If convicted, he will face life in prison.

The case is next scheduled for a two-day hearing in early January, when final submissions will be made before a ruling is handed down.

When the scandal was exposed in 2018, Modi is believed to have fled New Delhi via New York, Hong Kong, Cyprus and Switzerland before eventually landing in the UK.

He was identified and arrested in London in March 2019 and has been denied bail at least five times by UK courts due to his high flight risk.

Liquidation of three US-based diamond companies, believed to be involved in the Modi, scheme saw $US3.5 million ($AU4.7 million) returned to Indian authorities in August this year.

When to Use a Handsaw Instead of a Power Tool